TNS reveals the title of his upcoming sophomore album to be “Phupolethu: Abantu Last Hope”.

Popular Mzansi singer, and music producer, TNS is basically coming strong this year. What better to start out a replacement decade than with a clean array of hits. Well, he isn’t just dropping music, a minimum of that’s not his entire plan, he’s on a private mission to save lots of South African music. His words, not ours.
The singer who has been hinting on the discharge of a couple of new singles has now revealed the title of his upcoming sophomore album. He says it might be called “Phupolethu: Abantu Last hope”. He made the revelation via his Instagram page.

The proposed studio album are going to be the followup to his first titled “Madlokovu: King Of African House” which was a hit . He surely does make a press release with the titles of his albums. He has also revealed that the album will contain 10 tracks and he would be singing in each of them. 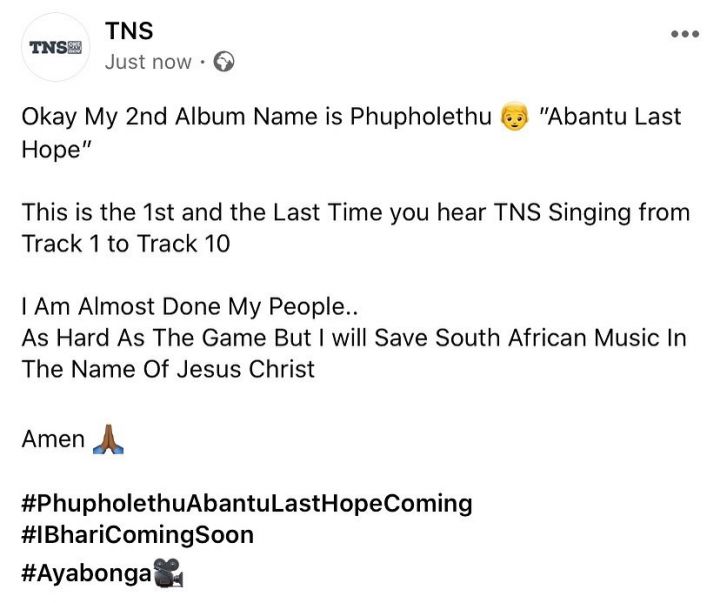