Former Idols SA contestant, Nosipho has announced a replacement single. The talented singer shared the news via her Instagram account hinting that the new song would be dropping sometime in March.

The singer who previously delivered the video TV her song “Thembalami” is about now to dish a fresh one and she or he calls the song “Don’t Kill My Vibe”. She is yet to reveal the actual date of the song’s release.

Nosipho really had an excellent run on the stage of the 14th season of the Idols SA contest. Garnering fans for herself, she later made it into the ultimate top six. Last year, she announced that she has signed Gallo Records. consistent with her, she has gotten requests from tons of record labels but finally decided to travel with Gallo. 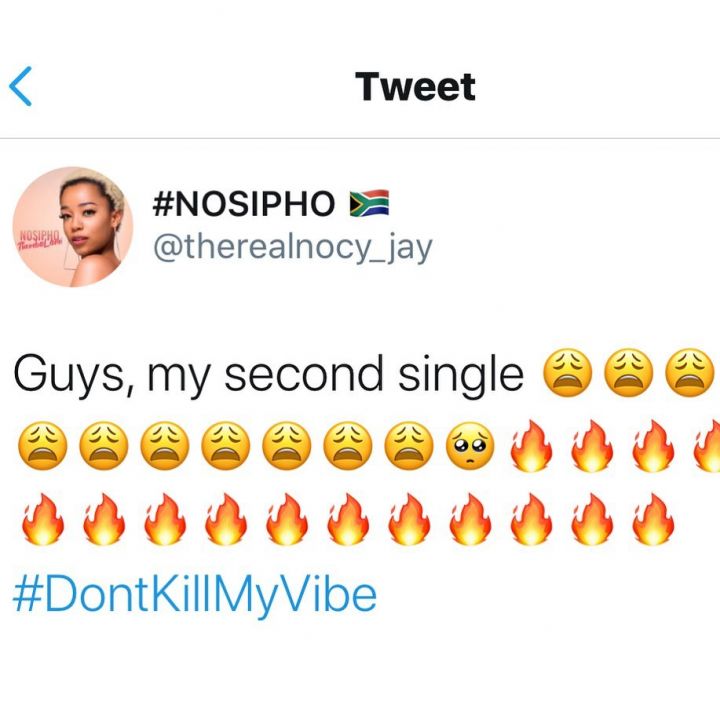